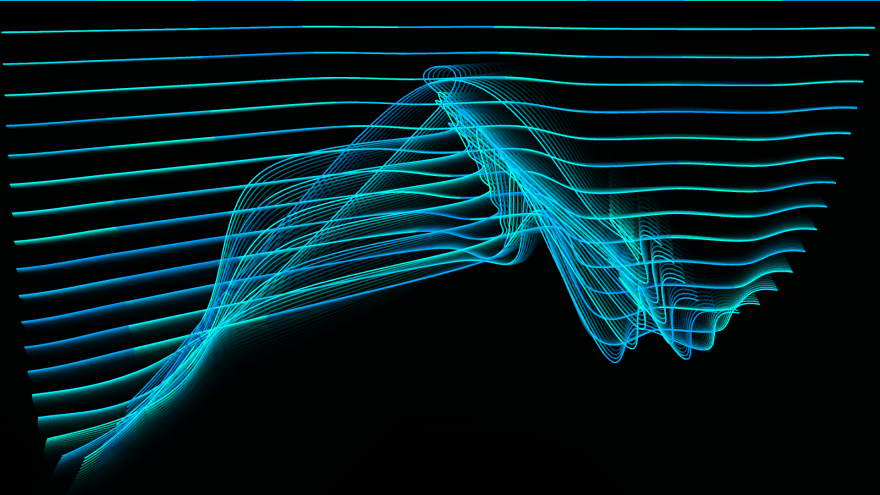 We were tasked with creating an interactive dance environment with projection mapping for our second sketch of the semester.  We were given a Kinect camera to play with for this project.

While I was busy prepping for the ACDFA Conference, Noemi, Tiffany, and Janelle tested on the projections on the scrim.  They put some videos of sea life on the screen. They really liked how Noemi looked dancing behind the screen with the tentacles, so we decided to base our projection visualizations on that. 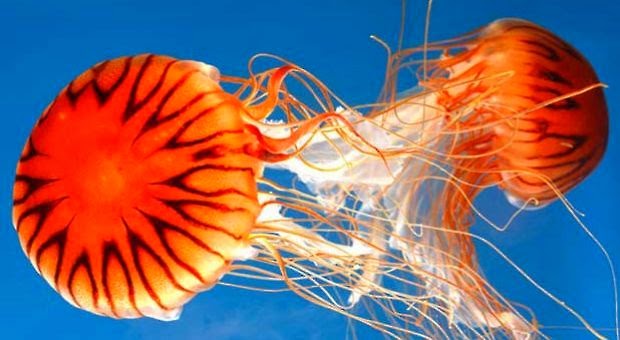 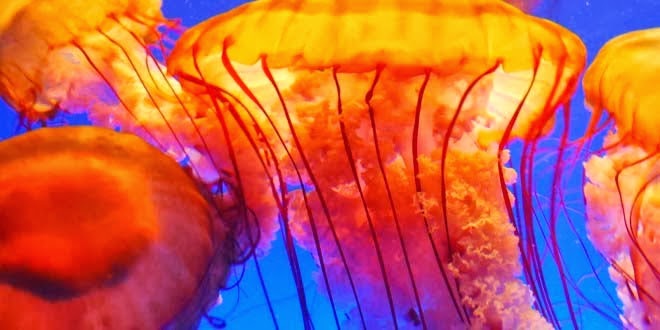 Noemi also has to utilize one of the Laban movements into her choreography. She has chosen to focus on the movement “floating” which is perceived as indirect, sustained, and light.

After discussing with my group the desired behavior, I felt like a spring system would be appropriate, with attraction and repulsion force pushing and pulling the nodes. Here is a screenshot of the first iteration of the system. I got good feedback from the group. 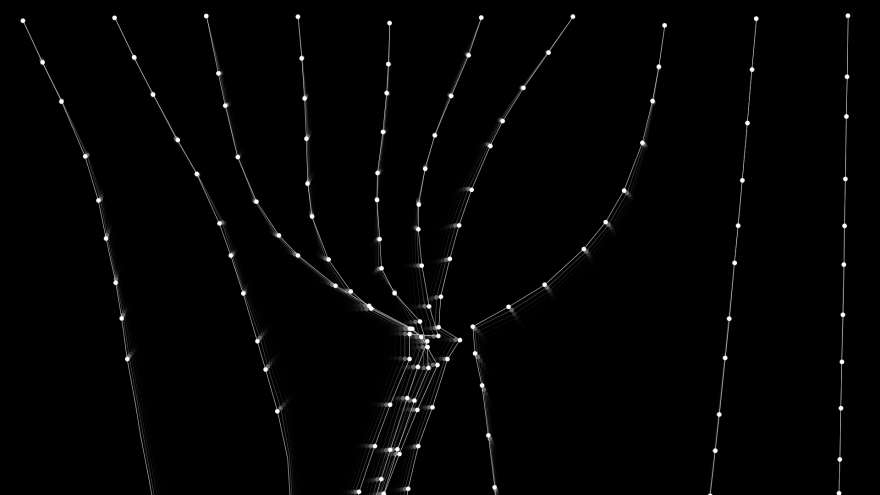 I struggled a lot with the rendering of the nodes, mainly because I didn’t want to deviate too much from the tentacle theme our group had decided on. Here are a couple iterations of the system. 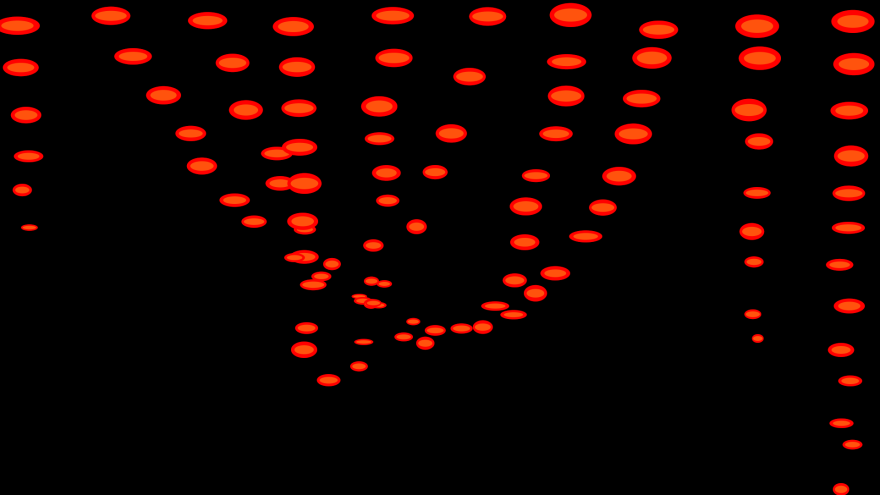 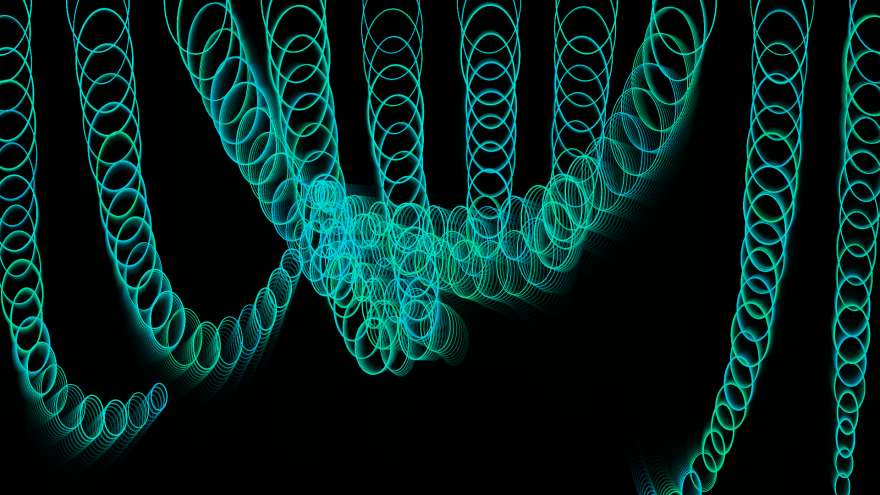 So, I was pretty unsatisfied with how the visualization with the tentacles were turning out, especially seeing Noemi interact with them on the huge projection screen. But the sketch was due in two days! I decided to deviate from the original tentacle idea, and experimented with different renderings of the system.

By drawing horizontal Bezier curves through the springs, I was able to create a flowy, wave-like pattern which fit perfectly with Noemi’s chosen Laban movement, “float.” I showed it to our group that night, and everyone was on board with the changes!!! It was really interesting how drastically different the two renderings felt, even though it was the same exact system. We played around with various parameters: color, speed, amount of rows. And incorporated some color changes based on the speed of the dancer’s center of mass.

Again, forgive the video quality. The camera did not do too well in low light.